NYCC exclusive: Bubba Is Back! - Comics for Sinners
News 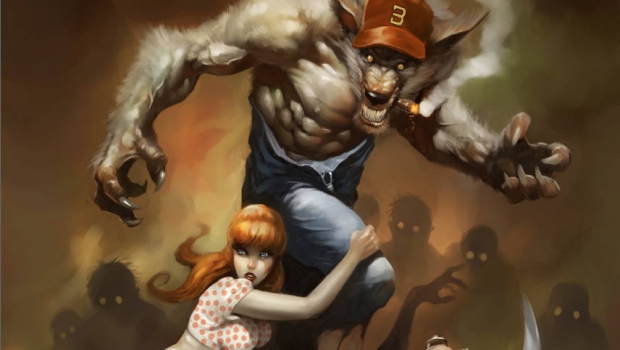 NYCC exclusive: Bubba Is Back!

After an incredibly successful KICKSTARTER with fellow Publisher COSMIC TIMES, CREATURE ENTERTAINMENT is heading to NEW YORK COMIC-CON with some new books and a certain REDNECK WEREWOLF!

From the MAD Mind of Mitch Hyman, BUBBA THE REDNECK WEREWOLF makes it splash at NYCC with “NIGHT OF THE LIVING BUBBA” a one-shot written by Hyman and produced by Creature’s amazing talents, such as artists Roberto Torres and Amanda Raquel.

“This book is a great jump on point for new fans and brings Bubba almost full circle for old time fans. But this issue has something for everyone.” said Hyman, who approached CREATURE with the idea of making a one-shot back in Spring, “The book should always have the ability to stand alone and if this goes well, we could see a Mini-Series if it goes well!” The One-shot book, covers Bubba attending a comic convention as a special guest and then… well… hilarity ensues.

Bubba bought some friends too, with new books premiering at NYCC alongside of it!