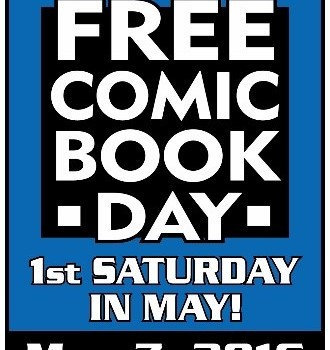 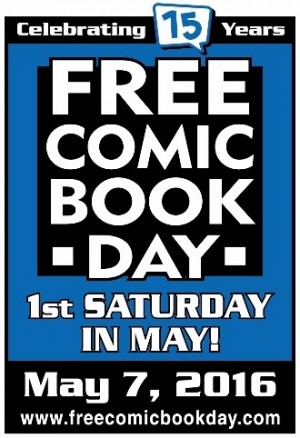 Comic book specialty retailers worldwide have pushed their ordering to record-breaking levels for Free Comic Book Day (FCBD) 2016, with more than 6 million free comic books to be available the day of the event, May 7, 2016. This year’s order for FCBD titles is a 7% increase over 2015’s total of 5.6 million comics ordered.

The number of participating stores remains at over 2,300 specialty shops across the US, Canada and worldwide.

“Free Comic Book Day is a wonderful event for independently owned and operated comic book shops,” said FCBD spokesperson Dan Manser. “It provides them a great opportunity to connect with new and existing customers and gain momentum moving into the summer months and the rest of 2016.”

Celebrating its 15 anniversary in 2016, Free Comic Book Day is designed to appeal to a broad range of readers, making it a great event for fans of all ages to find a comic they will love as they explore all their local comic book shop has to offer.

For more FBCD news and updates, to locate a participating comic shop and to see all 50 free comics available on May 7th, visit the FCBD website at www.freecomicbookday.com. Also become a fan on Facebook at www.facebook.com/freecomicbook and follow us on Twitter at www.twitter.com/freecomicbook.