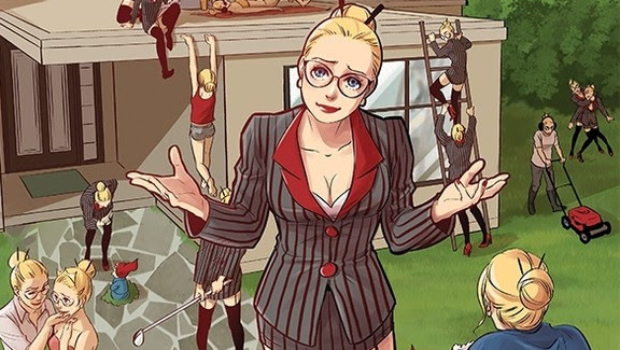 Image/Top Cow unveils a sneak peek at the forthcoming superhero graphic novel, Paradox Girl, Vol. 1 by Cayti Bourquin and Yishan Li. The series begins this May from Image/Top Cow Productions.

As a hero with the power to go anywhere and anywhen, Paradox Girl has made an absolute mess of her own life. She’s changed history so often that she isn’t even sure who she is anymore.

Join her in the superhero comedy, Paradox Girl, Vol. 1, as she tries to make sense of her chaotic existence, chases bizarre whims, and maybe even finds time to save the day once in a while.

“Everyone who’s seen Paradox Girl loves it from the jump,” said Bourquin. “When we’d finished our second Kickstarter we were amazed to see that both of our projects were in the top positions ever for most number of people backing comics on Kickstarter. Now we have the opportunity through Top Cow to bring our time travel comedy to physical comic shops. It’s a dream come true!”

It will be available in bookstores on Tuesday, June 4 and can be pre-ordered on Amazon, Barnes & Noble, Books-a-Million, IndieBound, and Indigo. 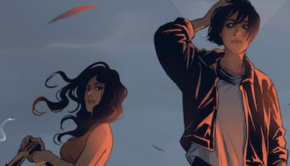