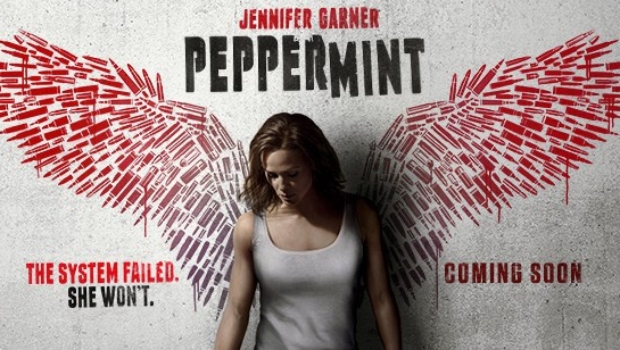 Peppermint: Jennifer Garner transforms herself from citizen to urban guerrilla

Directed by Pierre Morel (“Taken”) from a script by Chad St. John, Garner portrays a mother who awakens from a coma after her husband and daughter are killed in a brutal attack on the family. When the system shields the murderers from justice, Riley she sets out to transform herself from citizen to urban guerrilla — eluding the underworld, the LAPD and the FBI — as she methodically delivers her personal brand of justice.

STXfilms noted that “Peppermint” is the latest in a series of its female-led releases including the two “Bad Moms” movies, “The Edge of Seventeen,” and “Molly’s Game.” It’s opening Amy Schumer’s comedy “I Feel Pretty” on April 20 and Shailene Woodley’s sailing drama “Adrift” on June 1.