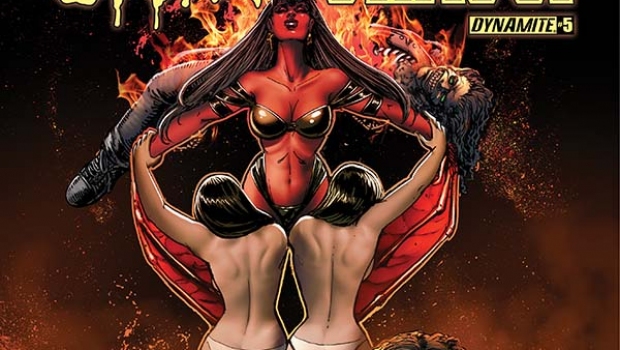 Alice Cooper discovers just how chaotic the Chaos! Universe can truly be, as he faces off against the horrific monsters of his own mind. Meanwhile, the Chosen tangle with a monstrous tree, while Evil Ernie is the prisoner of an even more evil pharmaceutical company! Can the unlikely alliances of Alice Cooper, the dream witch Vex, and the vampire assassin Chastity escape from a twisted nightmare realm and stop the badder guys from beating the bad guys?