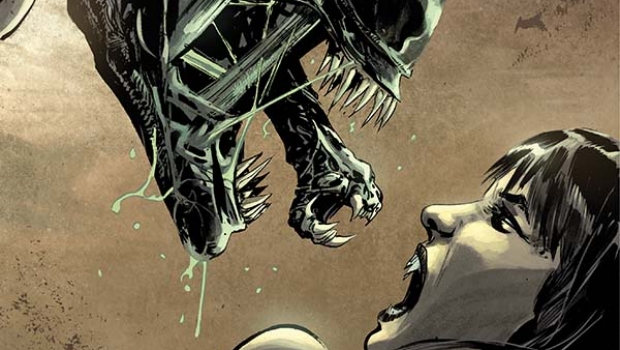 Dynamite Ent. have provided C4S with a preview to Aliens / Vampirella #2, coming to stores October 7, 2015.

With the Xenomorphs awakened – the Martian base is in mortal danger. But can Vampirella win the trust of her human companions in time to launch a counter attack?