C4S with a preview to Preview: All New Fathom #2 – Comics for Sinners
Previews 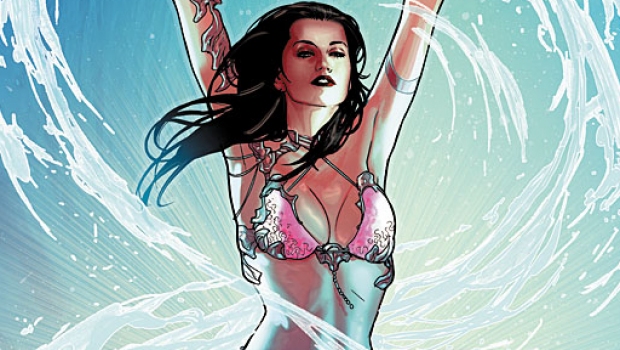 Aspen Matthews is no stranger to bitter reunions, but this one could be her last! As the ice soldiers threaten to wipe out everything in their path‹including Aspen, she must also attempt to uncover the mystery of their true intentions, before all of mankind is blanketed by their sub-zero devastation. However, this reunion is nothing compared to the arrival of an old acquaintance, one whom may might help‹or hinder her plan for survival!

The ALL NEW FATHOM continues!