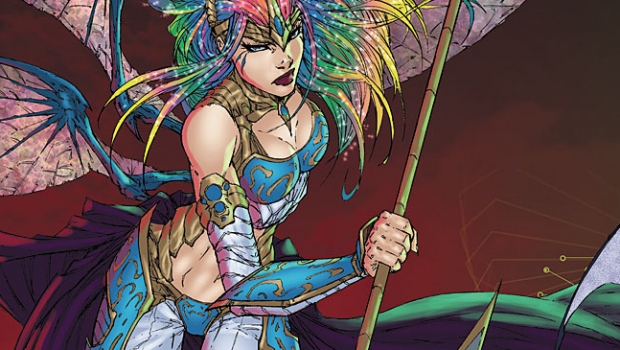 Aspen Comics has provided a preview to All New Soulfire #4, in stores April 23rd, 2014.

This is no game anymore. Someone is trying to kill PJ, but is it an overzealous combatant in the arena competition or another? Or possibly, someone looking to settle a score with the man behind the man – Benoist? Meanwhile, Malikai confronts the strange messiah who has entranced the believers of Gabriel’s Voice, but are his actions justified or just plain jealous?