C4S with a preview to Preview: All New Soulfire #6 – Comics for Sinners
Previews 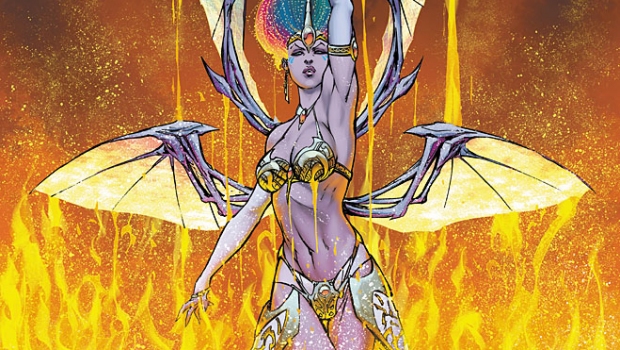 PJ and Alori continue to compete in the death-defying battle royale that is Pandemonium, but while most competitors seek the top prize of winning, someone has a more sinister agenda – revenge against PJ’s mentor and ally, Benoist. The technological mastermind Abel finally returns to the pages of Soulfire—and death and destruction are sure to follow!