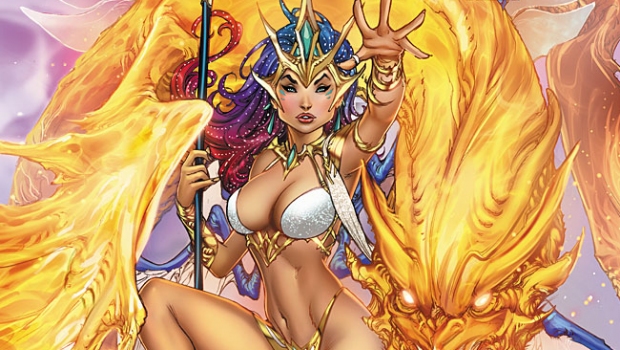 Aspen Comics has provided C4S with preview images and associated covers for All New Soulfire #7, in stores September 10th, 2014.

It’s the final showdown as PJ finds himself facing off against his new girlfriend, Alori, for the championship! Little does he know that she’s in the employ of Abel, the mastermind who is about to make his dangerous move against Benoist – one that could be the end of Papa Bear forever!