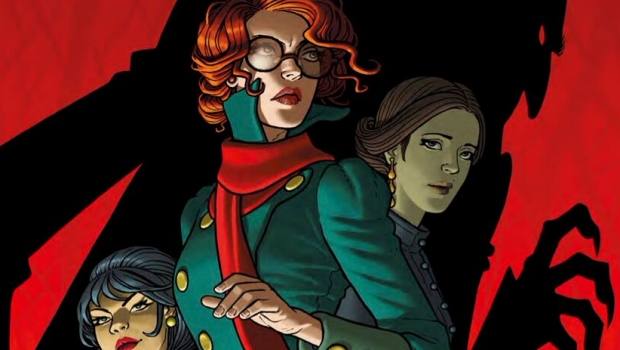 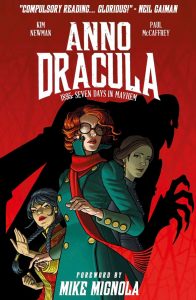 Written by the master of horror himself – Kim Newman. ANNO DRACULA – 1895: SEVEN DAYS IN MAYHEM TPB follows the further exploits of Count Dracula, now the Prince Regent of Queen Victoria and ruler of the British Empire.

For a dark decade, DRACULA has ruled the British Empire, unchecked. Now, on the verge of his Tin Jubilee, forces are gathering to challenge his insidious reign. In London, vampire journalist KATE REED has been summoned to a meeting with the COUNCIL OF THE SEVEN DAYS, a secret cabal dedicated to destroying Dracula. Meanwhile, the sinister LORD OF STRANGE DEATHS is planning to use the Jubilee celebrations for his own nefarious act of sedition.

Kim Newman is the critically acclaimed author of the Anno Dracula series. He has won the Bram Stoker, International Horror Guild, British Fantasy and British Science Fiction Awards and been nominated for the Hugo and World Fantasy Awards.

This all-new graphic novel sequel to the best selling novel, Anno Dracula is beautifully illustrated by Paul McCaffrey, who has drawn Loki for Marvel Comics, Robots vs Zombies and for David Lloyd’s Aces Weekly digital comic.