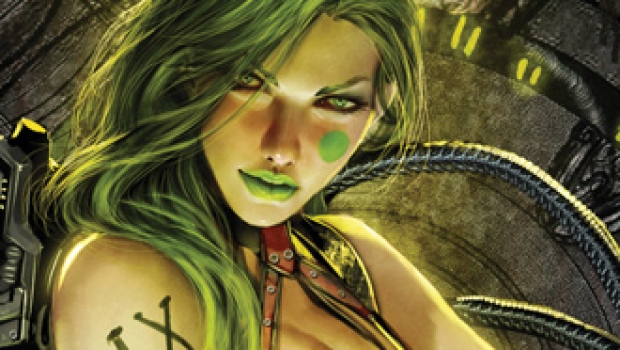 TOP COW’S HOTTEST CYBORG ASSASSIN RETURNS IN HER OWN SERIES!

Straight out of her Free Comic Book Day first issue debut, the saga of the cyborg assassin Aphrodite IX continues in her first original series in over a decade! Writer MATT HAWKINS (THINK TANK) and artist STJEPAN SEJIC (RAVINE, ARTIFACTS) take you to a dystopian future where technology and evolution have merged and a cyborg killer searching for meaning is the most human individual left!