C4S with a preview to Preview: Army Of Darkness Vs. Hack/Slash #4 (Of 6) – Comics for Sinners
Previews 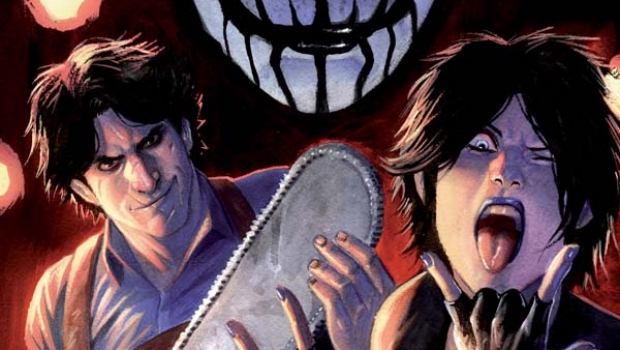 Dynamite Entertainment has provided C4S with a preview to Army Of Darkness Vs. Hack/Slash #4 (Of 6), coming to stores December 11, 2013.

Ash and Cassie head to Connecticut to stop a heavy metal wizard intent on reviving a long dead witch! But the fires built for human sacrifices might not be the only heat between our heroes!