C4S with a preview to Preview: Art of Jose Gonzalez - Comics for Sinners
Previews 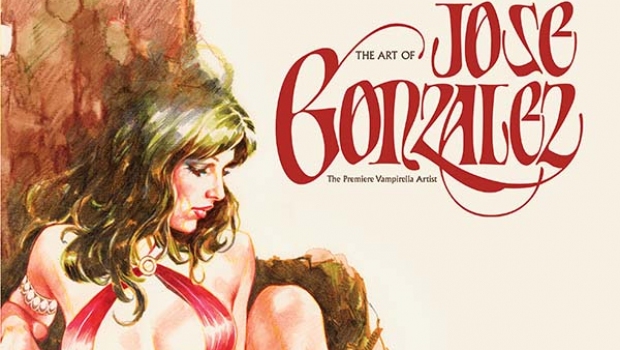 Dynamite Ent. have provided C4S with a preview to Art of Jose Gonzalez, coming to stores November 25, 2015.

For nearly two decades, Jose “Pepe” Gonzalez was hailed as the premier Vampirella artist, drawing the fiery vixen for Warren Publishing in the Seventies and Eighties. Renowned for bringing to life the most beautiful women the art world has ever seen, Gonzalez’s career spans from drawing British romance comics to movie stars, book covers to commercial advertising, and, of course, personal commissions for loved ones and devotees. For the first time ever, author David Roach covers Jose’s entire career, transcending his vast body of Vampirella work to explore the full breadth of the master’s creations. Vampirella collectors and Jose Gonzalez fans rejoice, for the life-spanning retrospective you’ve been waiting for has finally arrived!