C4S with a preview to Preview: Athena Voltaire and the Sorcerer Pope #1 - Comics for Sinners
Previews 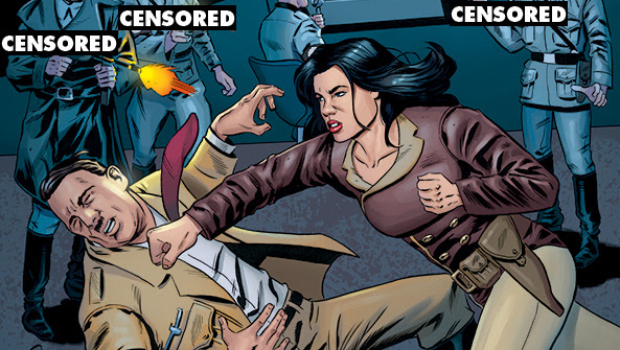 Action Lab: Danger Zone has provided C4S with a preview to Athena Voltaire and the Sorcerer Pope #1, coming to stores February 14, 2018.

Athena Voltaire and the Sorcerer Pope #1

Kicking off the ongoing adventures of comics’ favorite pulp heroine! Athena races against the Nazis to find an artifact once possessed by Pope Sylvester II, but the allies helping her have their own agendas. Loyalties will be tested. With absolute power up for grabs, who can you trust?