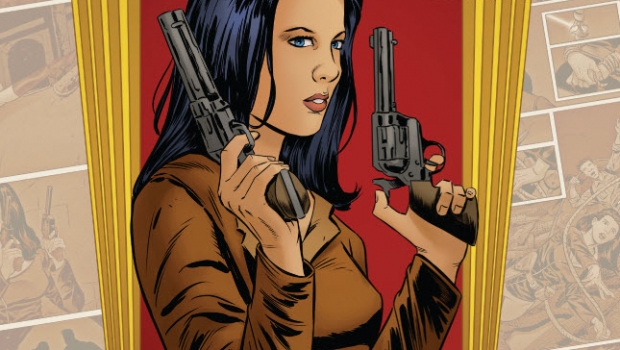 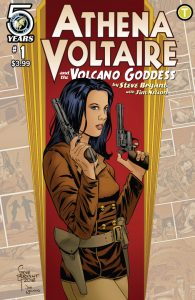 Action Lab has provided C4S with a preview to Athena Voltaire & the Volcano Goddess #1, coming to stores November 23, 2016.

The fan-favorite pulp heroine returns in an all-new miniseries written and drawn by Eisner and Manning Award-nominated creator Steve Bryant. When her father gains possession of a legendary necklace, Athena Voltaire must save him from both strange assassins and the Nazis, who want the power the artifact could unlock! Variant cover by comics legend Michael (MADMAN) Allred!