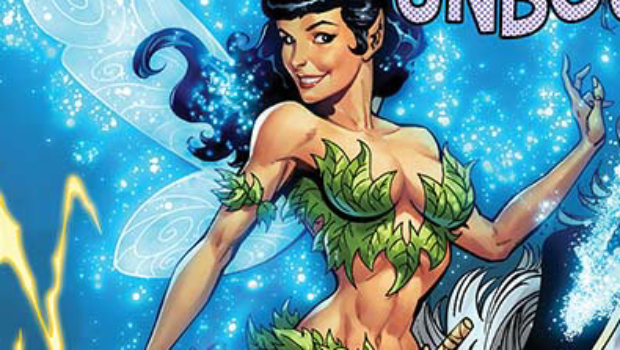 Dynamite Entertainment has provided C4S with a preview to Bettie Page: Unbound #4 , coming to stores September 25, 2019.

Bettie’s next stop on her dimension-hopping quest finds her six inches tall…with gossamer wings. Can one tiny adorable sprite stop the most powerful creatures in the multiverse from throwing it all into chaos and destruction?