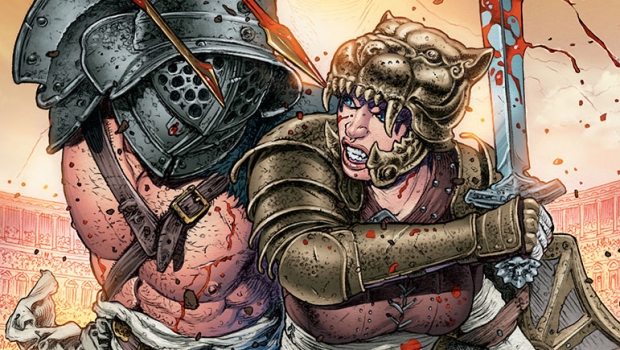 After multiple printings for its first two issues on Volume One, Valiant’s magnum opus marches on with #2 of BRITANNIA: WE WHO ARE ABOUT TO DIE 4-issue miniseries!

Valiant showed C4S a preview to BRITANNIA: WE WHO ARE ABOUT TO DIE 3 (of 4), the latest soul-shearing chapter to Valiant’s best-selling, critically-acclaimed hit of the fall from comics master Peter Milligan (Detective Comics) and incendiary artist Juan Jose Ryp (NINJAK), coming to store shelves May 17th, 2017!