C4S with a preview to Preview: BubbleGun #3 - Comics for Sinners
Previews 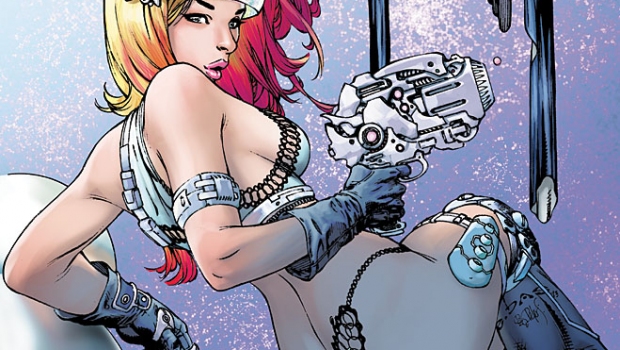 Aspen Comics has provided C4S with a preview to BubbleGun #3, in stores September 18, 2013.

The team squares off against Craine and his cybernetic ninja assault squad, as Vitadrone’s deadly powerhouse brings the fight down upon their
headquarters. Along the way, the team learns the tragic sacrifice that their line of work costs, including a pair of life or death choices for Molli and
Roman!

Creator and writer Mark Roslan, along with penciler Mike Bowden and colorist David Curiel invite you to take part in what¹s sure to become Aspen¹s next hit sci-fi, action adventure series, BUBBLEGUN!