C4S with a preview to Fathom The ..." /> Preview: Charismagic #3 – Comics for Sinners
Previews 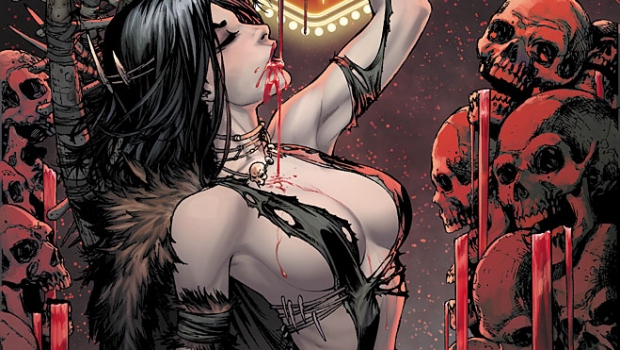 The group reunites at the House of Illusions and finally unlocks the secrets of the mysterious wooden box that nearly cost Hank and Kenny their lives.
Yet, the true reveal of its power quickly becomes evident, as the group enters an entirely new realm‹one that will take them to new heights beyond their wildest imagination. However, their trail is not hard to follow, especially for Torgan, the magical lion made of fire!