C4S with a preview to Charismagic..." /> Preview: Charismagic #4 – Comics for Sinners
Previews 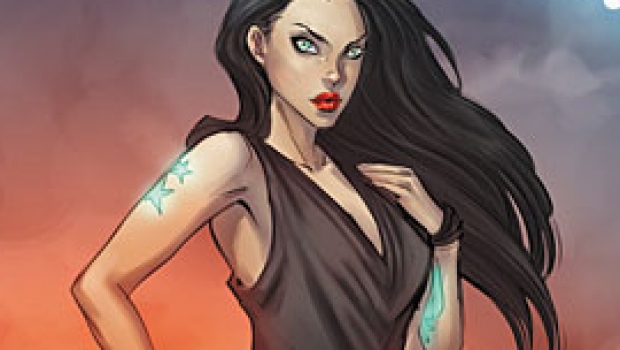 Aspen Comcis has provided C4S with a preview to Charismagic #4, in stores August 7, 2013.

Hank and the group arrive in the Golden Realm and soak in the awe-inspiring wonders of its futuristic landscape. However, the locals are not so
welcoming, and the group quickly finds itself under the threat of the realm¹s commanding‹and mesmerizing‹authority. Meanwhile, back on Earth,
Hanks¹s agent Kenny makes his own startling discovery, as the dark forces of magic reveal their true nature, in horrific fashion!