C4S with a preview to Preview: Charismagic #6 – Comics for Sinners
Previews 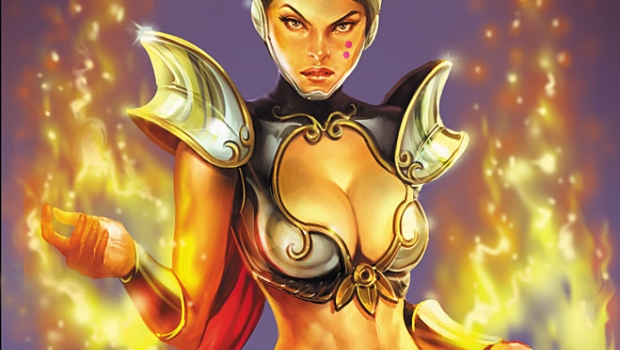 Aspen Comics has provided C4S with a preview to Charismagic #6, in stores November 6th, 2013.

The wizard Kon faces his greatest challenge, as he must make amends for the past by battling the combined might of Orlana, Serké and Samsun, with only the witch Dura by his side. Meanwhile, in the Golden Hall, Hank, Sudana and Sparkles must make a devastating choice‹to either fight their friends Alle and Hector, or allow the Realm to be overtaken by their dark magic. And the fight for Earth worsens, as battle lines are further drawn by the most unexpected source, and the fate of the very planet will lay in the balance!