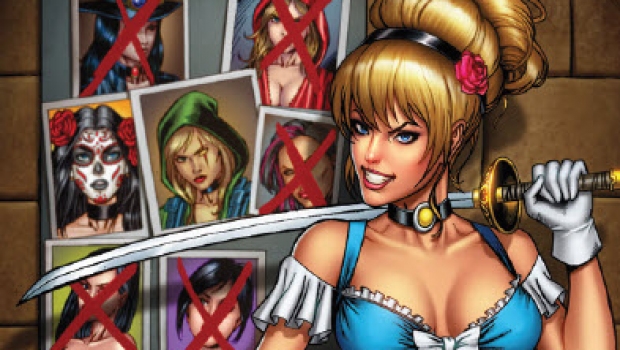 Cinderella Serial Killer Princess #1 is the first issue of this new 4 issue mini-series.

This issue is written by Dave Franchini, drawn by Salvatore Cuffari, colored by Leonardo Paciarotti, and lettered by Taylor Esposito of Ghost Glyph Studios.

Cinderella is back in a brand new series! A loyal servant to the Dark Horde, Cindy, turned her back on it to help save the world. And all she got for her trouble was a brutal death.

But sometimes those that die get a second chance and now Cindy is back with a thirst for blood. And once she’s had her revenge not a single hero in the Grimm Universe will be left alive.