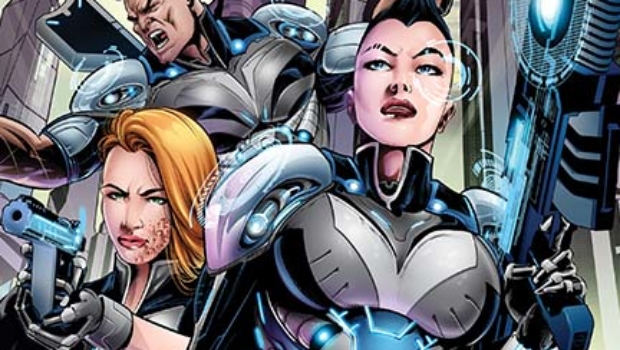 Dynamite Entertainment has provided C4S with a preview to Crackdown #1, coming to stores February 20, 2019.

The hyper-powered world of Crackdown (Xbox) has made its way to the comic page! In the not-so-distant future, civilized society is more plugged-in and interconnected than ever – but criminal organizations are growing more connected as well, forming unholy alliances, and plotting for an unprecedented campaign against the world. When a series of devastating blackout attacks plunge major metropolitan areas into darkness and chaos, the global population is terrified, traditional law enforcement is overwhelmed – and it’s up to The Agency, an elite international crime-fighting task force, to restore peace and deliver justice, by any means necessary.