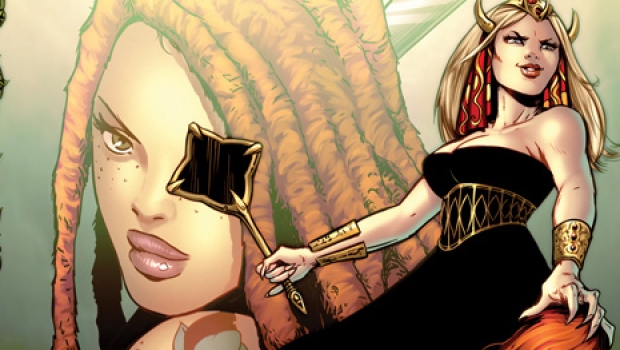 Dynamite Entertainment has provided C4S with a preview to Damsels #12, coming to stores February 5, 2014.

As her sister witch-queens squabble, the loathsome Carabosse’s quest for beauty sets her on the trail of the fairest damsel in the land. Meanwhile, deep beneath the ocean, the ancient and heartless Sea-Witch’s conceit renders her blind to the threat she has welcomed into her midst. And in the lush green foothills nearby, Rapa and her noble band suffer the bitter taste of heroism.