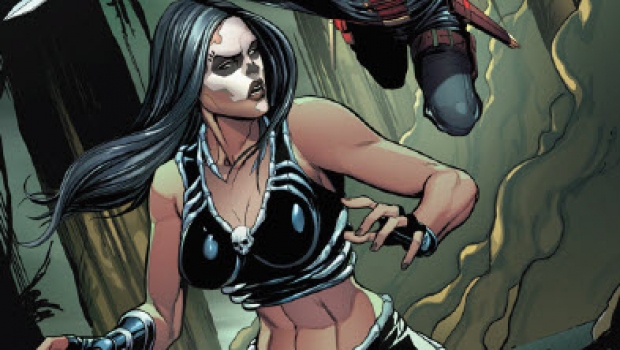 GFT Day of the Dead #3 is the next issue of a this 6 issue series. This issue is written by Dawn P. Marquez, drawn by Allan Otero, colored by Erick Arciniega and lettered by Kurt Hathaway.

Deep in the swamps of the Louisiana Mary and Talisman battles against the Page of Swords and dark voodoo magic. Even as they fight for their lives another woman disappears from the streets of New Orleans. Can Mary survive to uncover the truth behind the abductions? And if she does will she be able to handle her connection to the dark purpose behind them, and the secret sect known as the Order of Tarot.