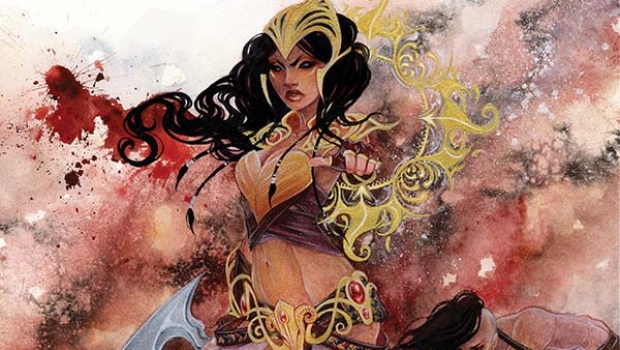 Dynamite Entertainment has provided C4S with a preview to Dejah Thoris #2, coming to stores March 2, 2016.

Exiled from the kingdom of Helium and on the run, Dejah Thoris turns to the Army of Barsoom. Will she be able to survive long enough to solve the mystery of her father’s disappearance?

Plus: John Carter explores the conspiracy at home in Helium!

Frank J. Barbiere and Francesco Manna continue an all-new story with Dejah as you’ve never seen her before!!