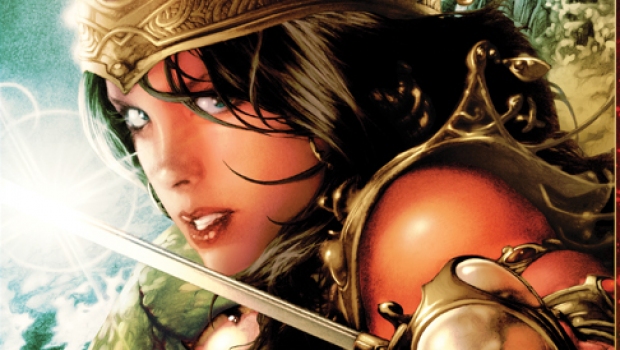 Preview: Dejah Thoris And The Green Men Of Mars #4 (of 8)

Dynamite Entertaiment has provided BF with preview for , in stores June 5, 2013.

DEJAH THORIS AND THE GREEN MEN OF MARS #4

It doesn’t exactly count as escape from rogue Tharks who wanted to sell you for meat, if you’re lost in a system of caves and they’re chasing you. But it might count for something if a beaten and traumatized Dejah Thoris can start fighting back in the darkness and killing some of them!