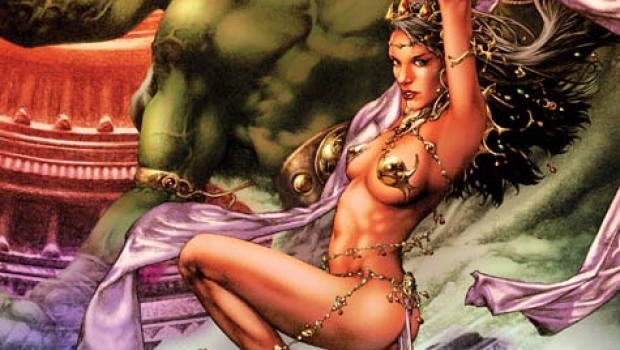 Dynamite Entertainment has provided C4S with a preview to Dejah Thoris And The Green Men Of Mars #9 (Of 12), coming to stores December 18, 2013.

Now that the evil Voro’s dead, Dejah Thoris has her own green men: the Hok Squad, a secret Delta Force of Tharks for special missions. The nastiest warriors to throw at the nastiest jobs. Radical green separatists led by a red woman. What could go wrong?