C4S with a preview to Preview: Devolution #2 - Comics for Sinners
Previews 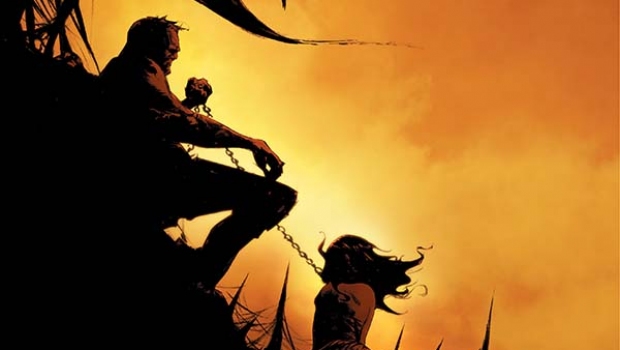 Dynamite Ent. has provided C4S with a preview to Devolution #2, coming to stores February 17, 2016.

The road to salvation is lined with Nazi hillbillies and Neanderthals. Raja finds that trusting people is a bad idea. Check out the thrilling new series that Rick Remender (Black Science, Deadly Class) describes as “a heavy dose of high-octane action, character drama, a world of strange reverse mutations, and social commentary – as we follow the last tribe of humans inoculated from the devolution agent as they set out on a desperate journey to try to find a way to re-evolve life on Earth.”