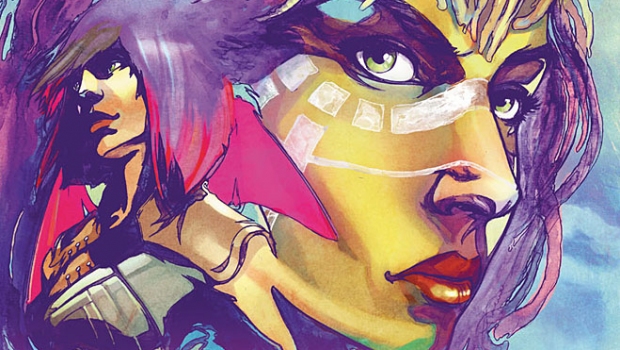 Aspen Comics has provided C4S with a preview of Eternal Soulfire #5, in stores Dec 9, 2015.

Cassidy, Lily and the team fight for survival in the ultimate battle of magic versus technology! Plus, Miya reaches her destination with her father’s remains, but the outcome is worse than she could have ever imagined! The first all new Soulfire series to make its debut since Michael Turner introduced you to his incredible magical adventure over 10 years ago, is ready to take you on the ride of your life and explore the world of Soulfire as you’ve never seen it before!