C4S with a preview of Preview: Executive Assistant: Iris #4 - Comics for Sinners
Previews 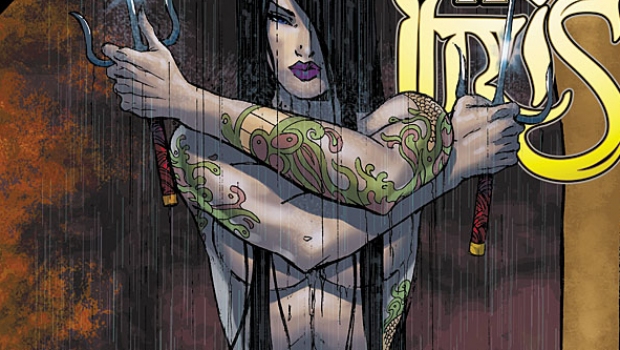 Aspen Comics has provided C4S with a preview of Executive Assistant: Iris #4 and all four covers, in stores on April 16th 2014.

It’s an all-new direction for the Executive Assistant that started it all!

With the clocking ticking and a price on her head, Iris must fight her way through bounty hunters and assassins as she tries to rescue Cherry from kidnappers. Badly outnumbered and outgunned, Iris gets an assist from an unlikely source — a former Executive Assistant who was honor-bound not to interfere.

Aspen is proud to welcome writer Brian Buccellato and penciler Pasquale Qualano to the Iris family! Along with colorist John Starr, this incredible creative team is ready to bring you an ALL NEW EXECUTIVE ASSISTANT IRIS unlike anything you’ve ever seen before!