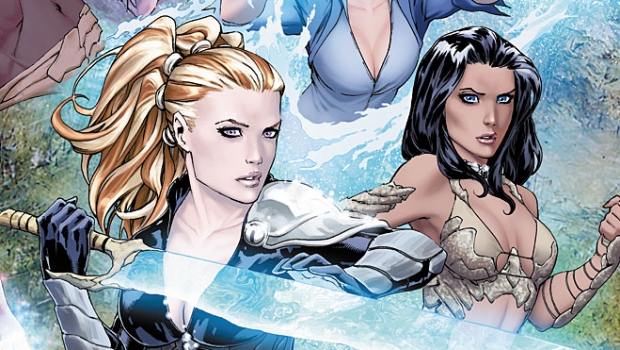 The epic conclusion to the first volume brings the fragile team of Blue outcasts to their breaking point, as the forces of two worlds, above and below, collide on a cataclysmic level! Don’t miss out on the finale of the most talked about new Fathom series!