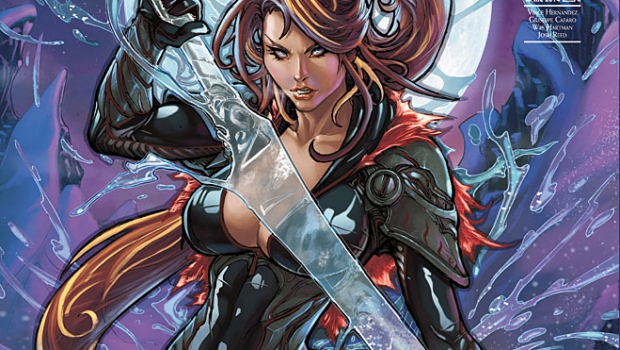 She has spent her entire life fueled by a hatred of the Human race. However, now, Kiani must align her actions to the Russian Scientists of the Volna, in order discover the whereabouts of her long lost sister, Anika. Yet, her past continues to brutally remind her that no one is to be trusted below—or above—the surface!

Returning writer Vince Hernandez joins forces with Trish Out of Water artist Giuseppe Cafaro to bring you the latest adventures of one of Fathom’s most fierce and beloved characters. Kiani is back and the world of the Blue will never be the same again!