C4S with a preview to Fathom: The..." /> Preview: Fathom: The Elite Saga #4 – Comics for Sinners
Previews 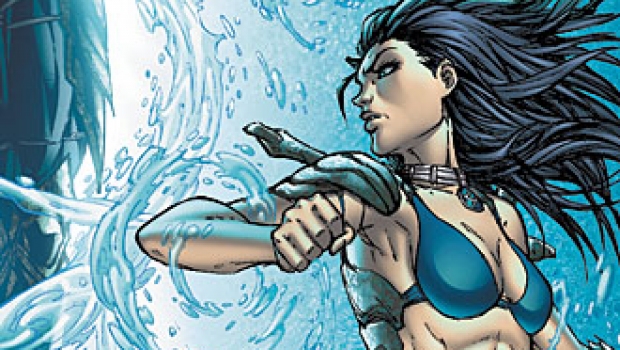 Aspen Comics has provided C4S with a preview to Fathom: The Elite Saga #4, in stores tomorrow June 10th, 2013.

The ending to the most epic storyline in Fathom¹s 15-year history draws near!

The return of one of the most significant Blue citizens to ever live will shatter the fabric of the Fathom Universe as we know it! While Anya will learn that Anika¹s fate may be tied to the arrival of this person‹which could lead to the baby¹s unfortunate demise!