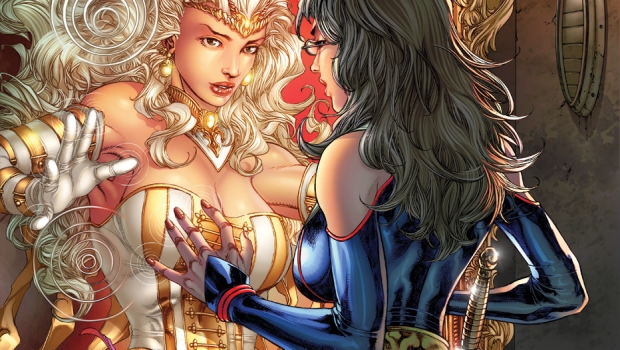 “For years, Zenescope readers have had the chance to follow Sela Mathers in Grimm Fairy Tales and beyond as she’s battled alongside and against the likes of Robyn Hood, Hesling, Red Riding Hood, and many, many more. The readers have followed Calie as she struggled to save her daughter, her sanity, and her life across two worlds in various Wonderland books. But the readers have never gotten to see Sela and Calie together. That’s what makes GFT vs. Wonderland special. You have two great characters at the peak of their powers crossing paths. Will they be friends? Will they be bitter enemies? And what on Earth or Wonderland could possibly threaten them both? It’s an event, and you should be there.”

“When I read Troy’s script, I envision Sela and Calie two strong warriors that are determined, beautiful, and independent. It’s like having two Wonder Womans in one book!” 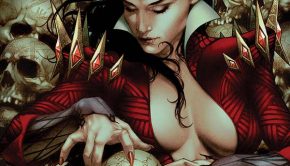