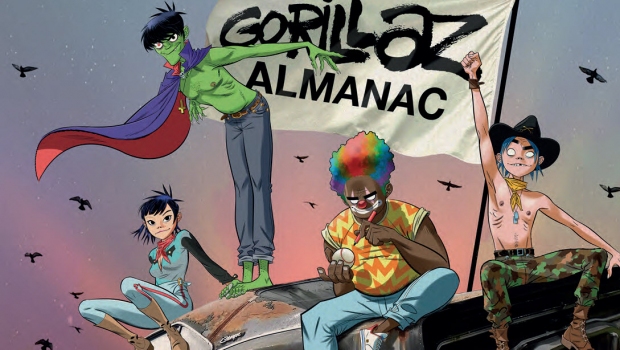 Z2 Comics presented C4S with a preview to the Gorillaz Almanac , in stores December 15, 2020.

(W) Jamie Hewlett, Gorillaz (A) Jamie Hewlett
Stop the presses! Twenty years in the making, the Gorillaz ALMANACis the very first annual by Gorillaz, published this October in partnership with the renowned Z2 Comics.

Inspired by the great British tradition of the hardback annual, the Gorillaz Almanac is a full colour, one-of-a-kind, fun-packed, 120+ page, sideways homage to two glorious decades of Gorillaz. Jammed with exclusive new artwork, including a mini-comic strip starring 2D andMurdoc Niccals; puzzles, games and more; plus a raft of special guest appearances from Gorillaz collaborators past and present, the Gorillaz Almanac is a compendium of delights which finally puts the most real band around on the printed page.