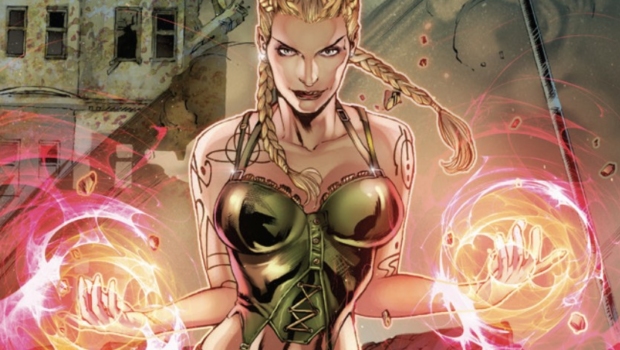 Zenescope Entertainment has provided C4S with a preview to Gretel #1, in stores 20 March, 2019.

Gretel #1
Writer: Ben Meares
Artwork: Allan Otero
Synopsis: Gretel’s story has been more of a nightmare than a fairy tale ever since the tragic events of her childhood. These events have left her life cursed for many centuries. After her heart-wrenching debut in Grimm Universe Presents, Gretel has been gifted the power of premonition. But when she has a psychic vision foretelling the end of the world, Gretel must open old wounds if she wants to try and prevent it from coming true.