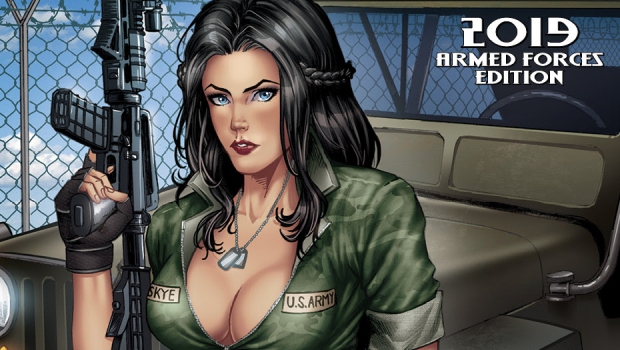 Celebrating another year of America’s Armed Forces, don’t miss this special tribute issue to the women and men who help preserve and protect our freedom! Featuring an all new short story set in the Grimm Universe and special pin-up artwork by some of the industry’s top talent representing branches of the military.