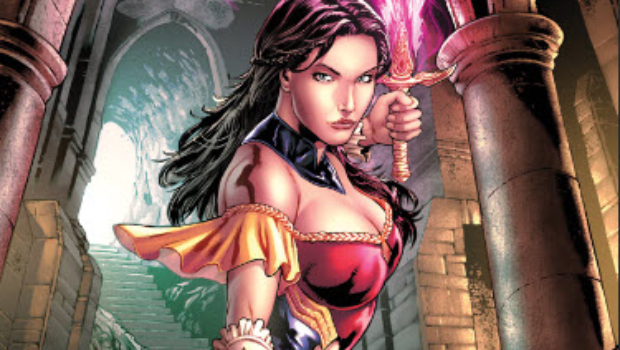 Zenescope Entertainment has provided C4S with a preview to Grimm Fairy Tales Vol. 2 #11, in stores next Wednesday January 24, 2018.

Taking over after the death of her mother Sela, Skye Mathers is the new Guardian of the Nexus. With the help of Shang, her mentor, she is learning the extent of her new powers, and trying to figure out the mystery of her connection to the book of Fairy Tales. Now with her book, she controls a power she doesn’t fully understand, power that pulls her to where she is needed to help others.