C4S with a preview to Preview: Hack/Slash vs Chaos #1 - Comics for Sinners
Previews 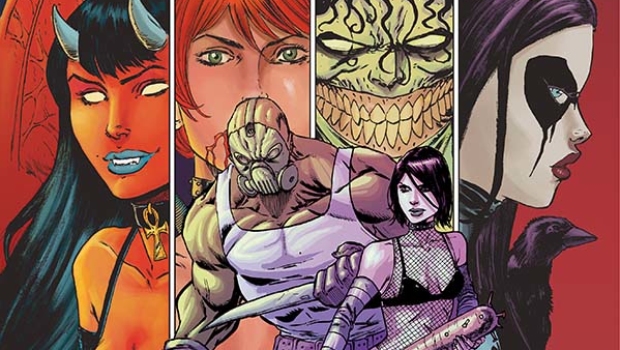 Dynamite Entertainment has provided C4S with a preview to Hack/Slash vs Chaos #1, coming to stores December 5, 2018.

Cassie Hack, Slasher Hunter Supreme, thought she’d gotten rid of those teenager-perforating undead menaces. But now they’re suddenly springing back to life! Cassie and Vlad are going to have to team up with megadeath dispenser Evil Ernie to stop the slaughter, putting them on a path that appears to lead through Chastity, the Chosen, and Purgatori!

Tim Seeley returns to his beloved creations to pit them against the world’s greatest horror universe and brings back some of the series’ most beloved slashers!