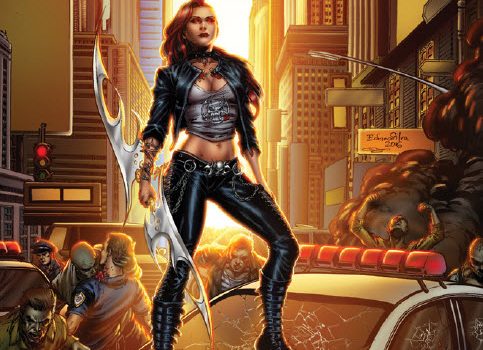 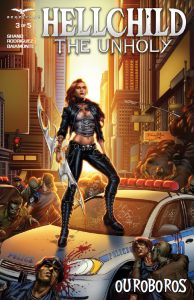 Zenescope Entertainment has provided C4S with a preview to Hellchild – The Unholy #3, one of Zenescope’s current breakout horror series, hitting shelves 1/25/2017.

This issue is written by Pat Shand, drawn by Renzo Rodriguez, colored by Walter Baiamonte, and lettered by Ryan Ferrier.

Hellchild and Jezebel believed that they were successful in their raid of serial killer Kevin Nestor’s lair, but Nestor survived their assault. Imbued with new powers, the ruthless murderer will unite New York City’s monsters against the thing they fear most: humanity. As a supernatural war brews in New York City, Hellchild faces a dire choice.