C4S with a preview to Preview: Jungle Girl: Season 3 #2 – Comics for Sinners
Previews 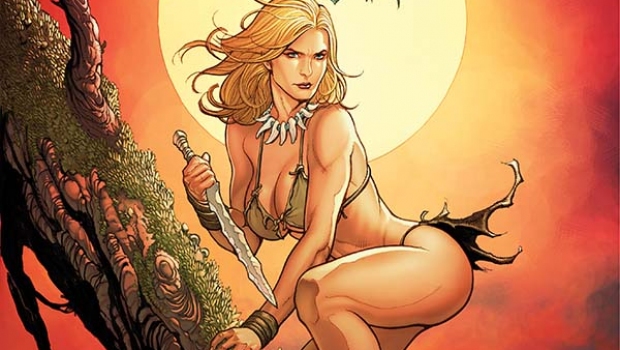 The beginning of the End! Creatures from the hovering flying saucer (you’d better check out issue #1 to see where this started!) begin to break up the God Mountain. If they free the dreaming creature inside, the world will be destroyed! Jana and her friends have to fight their way through the Dirt People and past one of their hated and feared Dream Walkers to get to the caverns that holds a piece of an ancient weapon—one that might be able to stop the Aliens from achieving their goal. There’s only one problem—to get the item they need, Jana will have to fight giant blood worms, Gigantopithicenes, and the Dream Walker himself!