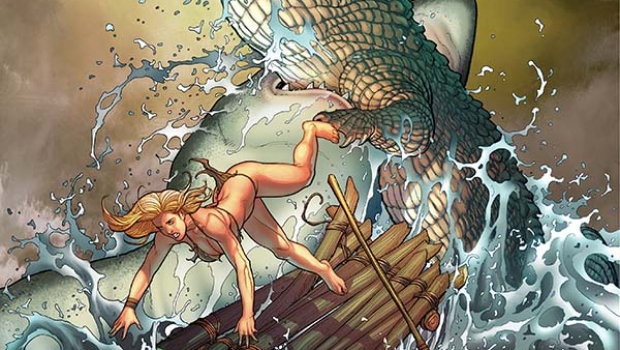 We’re getting down to the nitty-gritty now! As the creatures from beyond space and time begin to rip the God Mountain apart, Jana and her friends have to fight their way past the Dirt People, blood-drinking worms, and the most powerful (and insane) Dream Walker of them all to acquire the weapon Jana’s father needs to save the Lost World. The Jungle Girl is confident that she can accomplish the mission — the real question is: can she do it before the world around her is destroyed?