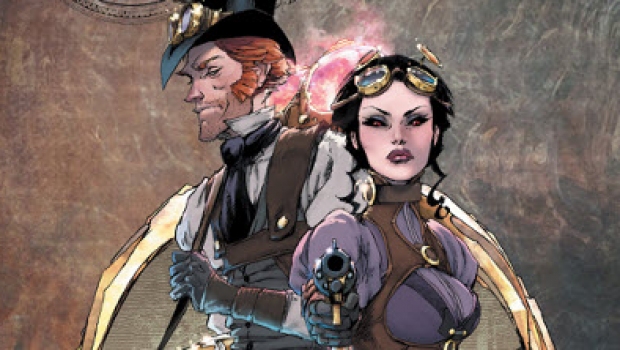 Benitez Productions has provided C4S with a preview of Lady Mechanika Vol 3: The Lost Boys of West Abbey. This short story (64 pages) is an excellent entry point for new readers to the imaginative steampunk world of Lady Mechanika. The book is scheduled for release next month, May 16th to the general public, May 3rd in comic book specialty stores.

Lady Mechanika’s investigation into the murders of “undesirable” children in Mechanika City triggers an unexpected reaction from her subconscious self. But are they truly lost memories finally surfacing after so many years, or just simple nightmares? And what connection does the killer have to Lady Mechanika’s past?

Collects the complete third Lady Mechanika mini-series, The Lost Boys of West Abbey, including extra pages which were not published in the original comic books.