C4S with a preview to Preview: Legenderry: Vampirella #4 - Comics for Sinners
Previews 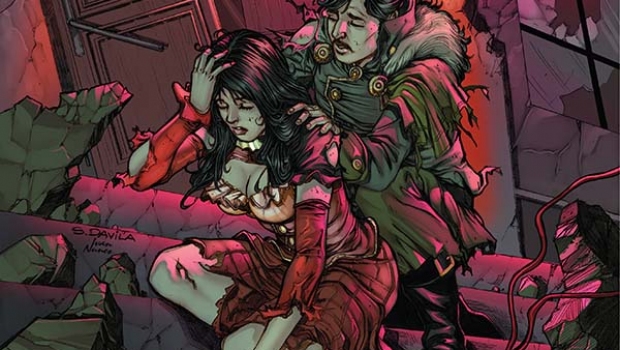 Moreau makes a monster, Kurtz stirs the masses, and Toomey gets lucky in the most unlucky way possible. Vampirella kisses a boy, storms the Council and fights a Bat-Man. Sex, violence, and everyone is wearing goggles for some reason.