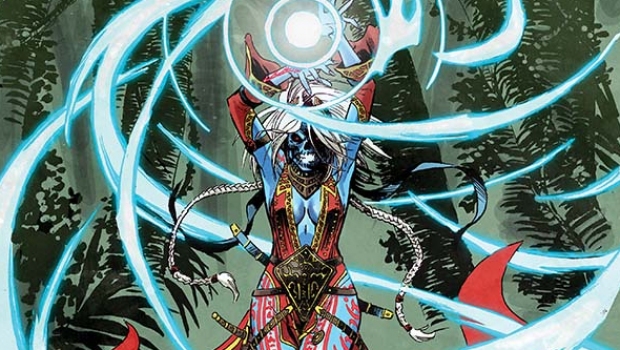 Preview: Pathfinder: Worldscape #2 (of 6): Crosses Over With Red Sonja, John Carter and Tarzan 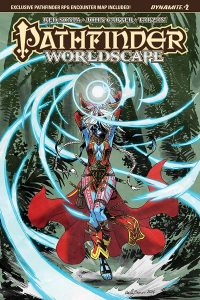 Dynamite Entertainment has provided C4S with a preview to the fantasy-crossover Pathfinder: Worldscape #2 in which Pathfinder crosses over with Red Sonja, Thun’da, John Carter, Tarzan and more, coming to stores November 16, 2016.

The Scepter and the Crown.

The legendary heroes of three worlds fight to survive in the forbidden jungle of the inter-dimensional Worldscape. Seoni lends her magic to the mighty Tars Tarkas of Barsoom and his savage ally Thun’da to help them discover the secret of a multi-world gorilla super-army. Co-starring the jungle goddess Fantomah!

The war for the Worldscape continues in a tale written by Pathfinder publisher Erik Mona (Pathfinder: Hollow Mountain) with art from Jonathan Lau (Red Sonja and Cub).