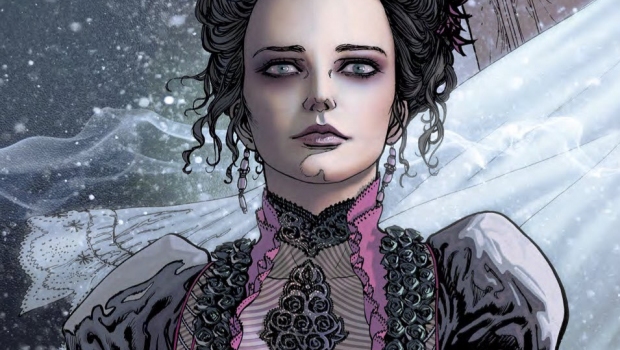 C4S is thrilled to share with you interior pages of artwork from Penny Dreadful V1 TPB.

On sale in bookstores: March 28

The hit Showtime TV series is presented in comics for the first time!

Featuring Vanessa Ives (Eva Green), Sir Malcom Murray (Timothy Dalton) and Sembene (Danny Sapani) the story recounts the events that led up to the explosive first season of the show.

This prequel reveals the terrifying events that led Vanessa to try and find her missing childhood friend, Mina Harker, and exposes the true nature of the vampiric monsters infesting Victorian London.

Beautifully realized by Louie De Martinis, and written by the show scriptwriters, this collected edition takes the reader on a heart-stopping journey into the supernatural.