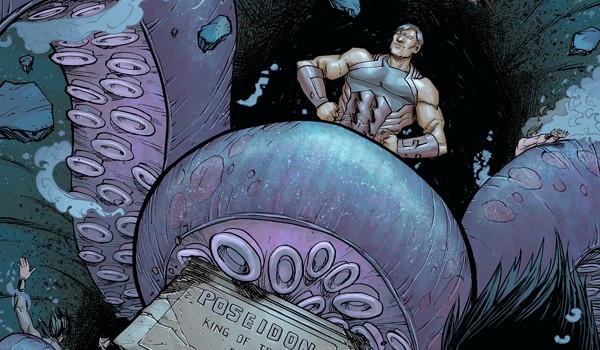 FROM THE PAGES OF IXth GENERATION! Journey to Triton, where luxury is a cyborg’s reward for worship of their God-King Poseidon. But in blue oceans lurks a sleeping terror – from before the Ascension, before even civilization, as we know it!