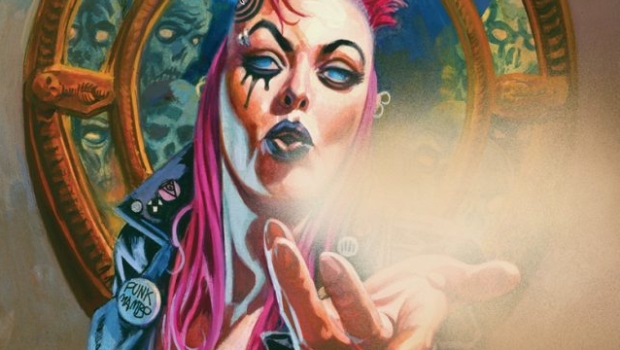 Valiant is thrilled by the tremendous response to the debut of PUNK MAMBO so they wanted to get a preview of issue #2 out there right away! Final orders are due Monday, May 6th, so GO for it!

Punk Mambo finds herself face to face with some of the most powerful supernatural beings in the Valiant Universe! While others would quiver in her situation, Punk Mambo has no problem bluntly telling the mighty loa to sod off! Out May 29, Cullen Bunn (Venom) and Adam Gorham (Rocket) unleash the second chapter of PUNK MAMBO!